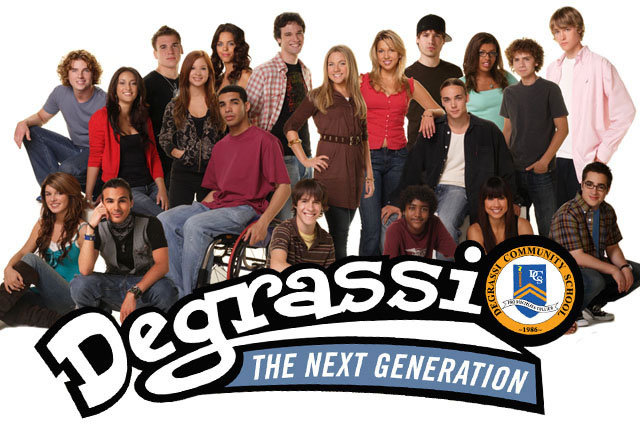 Why is Degrassi still so popular?

“Degrassi: The Next Generation” is a Canadian television show targeting the 12-17 year old audience. It features high school students experiencing every possible type of drama you could ever imagine. The show started in 2001 and is still producing new episodes in 2011. But why is it that nineteen and twenty year olds still feel the need to watch the newest episodes that the show comes out with? Why are college aged students still drawn to this show they watched when they were kids.

Ok, so you are asking yourself, where are the facts to back this up?

Well, my daughters and their friends are all in college and have been watching this show since they were in grade school. Though this is not what you would call a truly scientific observation, it is a random sampling of adolescents, and enough of a trend to warrant an interesting blog post! So why are they still into this? Was I into “Saved by the Bell” even after they graduated high school and went to college? No (err, I mean yes). Was I into 90210 way past their high school years? No (caught me, that’s another yes). I think the same reason I followed the growth of Screech from an awkward kid to an even more awkward adult was because watching has become something of a tradition. The same type of tradition at work here and like the shows I watched, the writers shaped the scripts to the most current subject matter.

If you have watched the show over the years, the earlier episodes dealt with problems such as anorexia, bulimia, teen pregnancy, and death. Today, the show has the teenagers dealing with diversity issues, homosexuality, abuse, and sexual tension. They can really crank out these shows too. Degrassi has enough viewer interest and the plots are simple enough that for two weeks a new episode aired every night. You don’t see CSI pulling off something like that. Each episode brought introduced new drama. This drama filled show never leaves a watcher disappointed but leaves him or her wanting more. Kudos to the writers and to making the show accessible to multiple age groups. Though the plots are not very original, they have managed to keep she show running for 10 years. Degrassi may truly be the Saved By The Bell of a new generation.

This guest post has been provided by Nicolas DAlleva. Nicolas is the owner of a US based telephone answering service and a frequent guest blogger. When he is not working or writing, he is squandering his income on 90210 memorabilia on eBay.