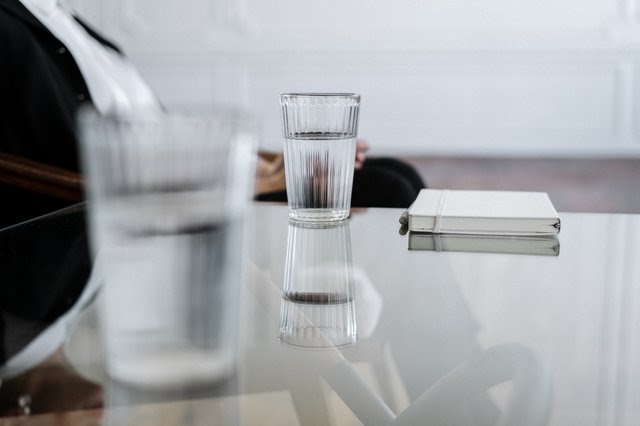 Most of us have a vague feeling that we should think about our health and fitness. But in reality, many don’t take it quite as seriously as they could do. Of course, your health and fitness isn’t anything to stress over (indeed, stressing over things would only make them worse). However, it is important to gently nudge yourself in the direction. While you can go all in when it comes to your health, in reality, you don’t have to be quite so committed. What you do need, however, is to take care of the many small things that could compromise your overall physical well-being. In this blog, we’ll take a look at what they are. Some of them will be obvious, but others could be surprising.

You are what you eat. Yes, you’re probably rolling your eyes, but think about this for a moment — it’s a cliche, but only because it’s true. If you’re filling your body with the good stuff it needs to be at its best, then you’ll find that it’s much easier to live a healthy life. You probably have a sense of the foods that are bad for you (hello, fast food), but also be aware that there are some dishes and ingredients that are surprisingly bad for you. For example, if you’re buying “low fat” processed food, then you’ll want to cut back — those dishes are terrible for you. Fruit juices and salad dressings are also bad for you, unless you’ve made them yourself.

A Lack of Water

Water is life. You’ll hear that phrase everywhere, once you begin looking for it. Drinking water is something that many people forget to do, but it’s important that you do — it can, after all, have such a positive impact on your body and health. Plus, let’s be honest here — it’s one of the easiest things that you can do. It can help with things like digestion, your circulation, and ensures that the nutrients in your body can get to where they need to go. If this is something that you overlook, then look at getting one of those apps that remind you to drink water throughout the day.

If you’re going to be at your physical best, then it’s important that you’re well-rested. While you can take one disturbed night in your stride, if it’s becoming an ongoing saga, then you’ll find that you’re soon running on empty. And that won’t just make it difficult to get through the day, either. It could have a knock-on effect when it comes to your overall health. For example, you’ll be much less likely to hit the gym or prepare fresh meals if you have no energy. You’ll end up sitting on the couch and eating whatever is easiest, which is rarely what’s healthiest. So if you’re finding it difficult to reach the land of Nod, look at changing your pre-sleep routine. A lot of people make fundamental mistakes that make things a lot more difficult. For example, they drink coffee too late in the day, or stay staring at their screen up until the moment they want to fall asleep. Cut out these basic errors, if you’re making them, and you’ll find that you’re more able to sleep well.

If our ancestors could see how we live now, they likely wouldn’t be impressed. Back in the olden days, people would use their body every single day — it’s for this reason that they were stronger than us. Today, we may live with convenience, but there’s a chance that this has gone too far. We can drive to our offices, sit down all day, and return home to sit on a couch. This has led to something of a “Wall-E” situation. If you want your body to be in peak condition, then it’s important that you’re working up a sweat from time to time. You can visit a gym if you want to, but you don’t have to. You could, for example, just go for a morning run. You won’t always want to, but it will bring benefits to your life. You’ll be fitter, and you’ll also be in a better mood. Running and other exercises release endorphins into our body — that’s the chemical that makes us feel good.  You’ll also benefit from exercise such as neck stretches which allow you to maintain some flexibility and reduce tension headaches. This kind of exercise can even be done in working hours, and indeed is recommended for those who have a relatively sedentary job.

There are some vices that are socially accepted, but which are still vices. Think of alcohol, for example. It’s one of those things that were all encouraged to do, but it’s important to remember that it does have a negative impact on our health. Last year, researchers discovered that, despite earlier assumptions that one glass of wine was good for you, the best policy is actually zero alcohol. Of course, that’s not always feasible. But if you think you have a higher than average intake, then look at cutting down. You’ll likely notice improvements pretty quickly.

Smoking is another matter. This is quickly becoming unaccepted in social environments, yet still, people persist. If you need a motivation to stop, then learning of the damage that those cigarettes are doing to you, as well as learning of all the benefits that will come your way when you finally quit, could be all the motivation that you need.

Many people get allergies during the spring, yet they normally don’t persist for all that long. While you’ll want to take action to limit the effects, you’ll likely take things mostly in your stride. However, there are also people that suffer from year-round allergies — and these can negatively impact a person’s quality of life. If you feel like you’re always sneezing or have a runny nose, then learn more about year-round allergies from Allergy Insider. It could be things inside your home that are causing the problems. This is far from ideal, but the good news is that there are things you can do to put them behind you.

We said earlier that people aren’t as active as they should be. And it’s true. However, it’s not as if you can just go to the gym a couple of times a week, and expect to be in peak physical condition. It’s important that you’re building movement into your daily life. There are many ways to do it. For example, you could consider riding a bike to the office, especially during the spring and summer months. Throughout the day, you could get up and go for walks, rather than sitting at your desk all day.

Always on the Move

Having said that, sometimes people have another type of problem — the issue isn’t that they don’t move at all, it’s that they don’t stop moving. While it’s absolutely encouraged to live an active lifestyle, it’s also important to slow down from time to time. It’s all about listening to your body. If you feel like you’re a little run down, then take it easy for an evening. Most colds and illnesses can be avoided if we take preventative measures at the first sign. If you ignore them and carry on doing your thing, then it’ll be no surprise if you push yourself over the edge. Some people find this difficult, of course. One of the best tools for combating restlessness and the need to be on the move is meditation. This will help you to slow down. Your natural inclination might be to head out, but if you need to rest, it’ll be important to stay indoors and rest up.

It’s not recommended to wait until you’ve got a health problem to take action. That’ll be better than doing nothing, sure, but it’s later than it could have been. Instead, you should take a proactive approach. What does that mean exactly? It just means getting a grip on your health, by doing things like getting regular checkups, not ignoring symptoms, and actively managing your health as the years roll by. It’s always a good idea to set a standard for yourself and then ensure that you’re meeting that standard. For example, if you can run a certain distance in a specific time, then that’ll be the benchmark that you’ll always want to reach.

There are some foods that are bad for everyone. But that doesn’t mean all the other foods will be good for you. They may not be. Everyone’s different. While some people can eat anything and feel fines, others can find that certain foods cause them problems. If you want to be as healthy as can be, then it’s important to figure out a diet that’ll be good for you.

As we said at the beginning of the blog, looking after your health and fitness is one of those things that can seem complicated, but it’s not really. If you take all of the tips that we’ve outlined above, then you’ll find that you’ve already pushed your fitness in the right direction. If nothing else, it’ll give you a solid platform to build upon.