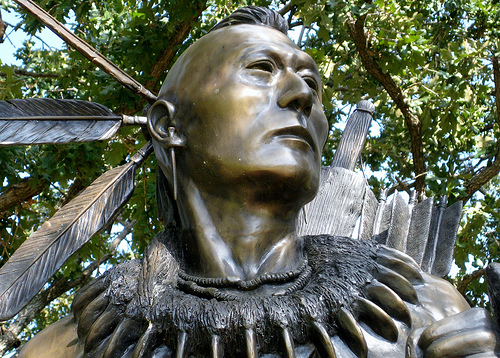 What’s in a Name? Significance of Children’s Names in Different Cultures

Nowadays, it seems as if modern parents pluck names out of popular culture or choose them because they have a “nice ring to it” without any thought of its meaning or history. We may hear a few names in our daily lives that turn our heads, but many traditional names retain popularity. Some of today’s most popular children’s names have been in use for hundreds of years.

Many cultures, however, place different significance on names. Sometimes, it’s not as simple as just picking a name out of a book. Naming traditions have evolved significantly in many cultures over a long period of time:

Often derived from natural elements of the world, or human traits, Native American names are meant to be descriptive of who an individual is as a person, which means that names generally change over time. Children’s names that are bestowed upon newborn Native American may change as the child grows and develops a distinct personality.

While the names are different throughout native tribes, many names share meaning. The Algonquin name Achak carries the same meaning as the Hopi name Catori – both names mean spirit – while the Sioux name Akecheta and the Winnebago name He lush ka both translate as fighter. The Chickasaw name Onsi means eagle, as does the Hopi name Kwahu.

The traditional naming process in Native American cultures involves a naming ceremony. In the cases of children, these ceremonies generally involve the immediate family of both parents, and calls upon elders in a family to give the child a name. Adults who desire a Native American name, on the other hand, will call upon a tribal elder, who will bestow the name – not upon request – but when the elder feels the individual is worthy.

African tribal names follow many of the same traditions as Native American naming. Names are thought to have meaning, and names often change throughout a lifetime to fit those who bear them. Some of the more traditional African naming traditions have not been adopted in western culture. What gives many African American names their unique sounds, though, is that names are commonly created from a combination of African names and Latin stems.

Religious individuals often look to their faith to find names with meaning. Catholics, like other Christians, look to the Bible, but especially to the saints. For the sacrament of baptism, Catholic law dictates that names not be in opposition to Christian doctrine.

Jewish names, like those of African and Native American cultures, are thought to describe an individual’s character, or, in some cases, even to foretell future events, such as in the case of Noah’s story in The Torah.

The Talmud – a holy book of Judaism – also tells tales of the significance of a name, with the moral that you can tell something about a person’s trustworthiness by name alone. According to Rabbi Paysach Krohn, “a soul’s essence is Divine, and a person’s name defines this essence.”

We all know that names matter. When applying for jobs, when meeting new people, we are judged by early impressions, and our name is one of the first things people learn about us. The perfect name, perhaps, is the one that fits who we are, and that also makes a positive impression on others. Would you say your child’s name has had an impact on their life? If you’re expecting, what sort of name will you be giving your child and why?

Felicia is a lover of the good things in life: cats, wall decor, scented candles and gadgets. She loves writing and enjoys blogging on behalf of Sears in her spare time.