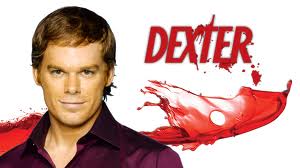 If you never heard of the “Dexter” TV series, you have been missing out on a lot of intriguing murder cases, complicated relationships and dark humor. Why is “Dexter” different than any other cop show? Because the main character (played by Michael C. Hall) is forensics specialist, a brother, father, loving husband and serial killer, but not the regular serial killer, Dexter is a killer of serial killers. As one can imagine the traditional plot is thrown out the window, most of the complications and high points of the series appearing when different sides of the main character contradict and create a feeling of tension, mystery and humor.

While all these details might push a movie to a cliché, if not entirely ridiculed, “Dexter” manages to balance all the different elements into an action packed horror sitcom with some of the funniest lines and situation that you have ever seen. No one should think that this series is a parody, “Dexter” being hilarious when needed, depressing when required and thrilling when one least expects it. Even if we are to look at the main character for just some of his traits, it would be worth it. He has a fascinating background story, interesting hobbies, a unique profession and quite a peculiar social life.

From Book to TV

Even though the series is based on a book, the actors really manage to take the characters to a whole new level of expressiveness. The strong writing and clever dialogue also contribute to what has become one of the best referenced TV shows of the moment. Even after one episode you will notice the contrast between Dexter’s inner darkness and the sunny setting of Miami creates a surreal constantly present motif of “hiding in plain sight”. Even though at first sight Dexter seems to be a monster incapable of empathy (or any human emotion for that matter), the gradual insight into his past can make you relate to his way of thinking and to the decisions he makes.

This is actually the fundamental core of the series, the fascination that one may find when understanding, relating and eventually taking the side of a serial killer. This concept applies to all of the central characters, as well as to most of the incidents that occur in the series. Things are rarely black and white, contradictory feelings and decisions being the centerpiece of all the series.

As an intellectual person with an introspective nature, Dexter often narrates how he finds his foes both guilty and worthy of admiration, easy to relate to but different, and in some cases he even becomes astonished by their “work”. Another interesting thing is the fact that being a serial killer presents not much of challenge on its own; the most difficult part of his decisions implies protecting his friends and family, living by a code and always doing what’s right. Dexter’s bloodlust and his desire to belong are often combined into the root of all his problems, his decisions being most of the time temperamental and passionate even if his kills are done with the utmost cold-blooded precision.

Adam Worth is a guy who loves good TV shows and, since he also likes to write, he sometimes publishes reviews of his favorite ones. Go to WazaTV.com to watch Dexter full episodes online.