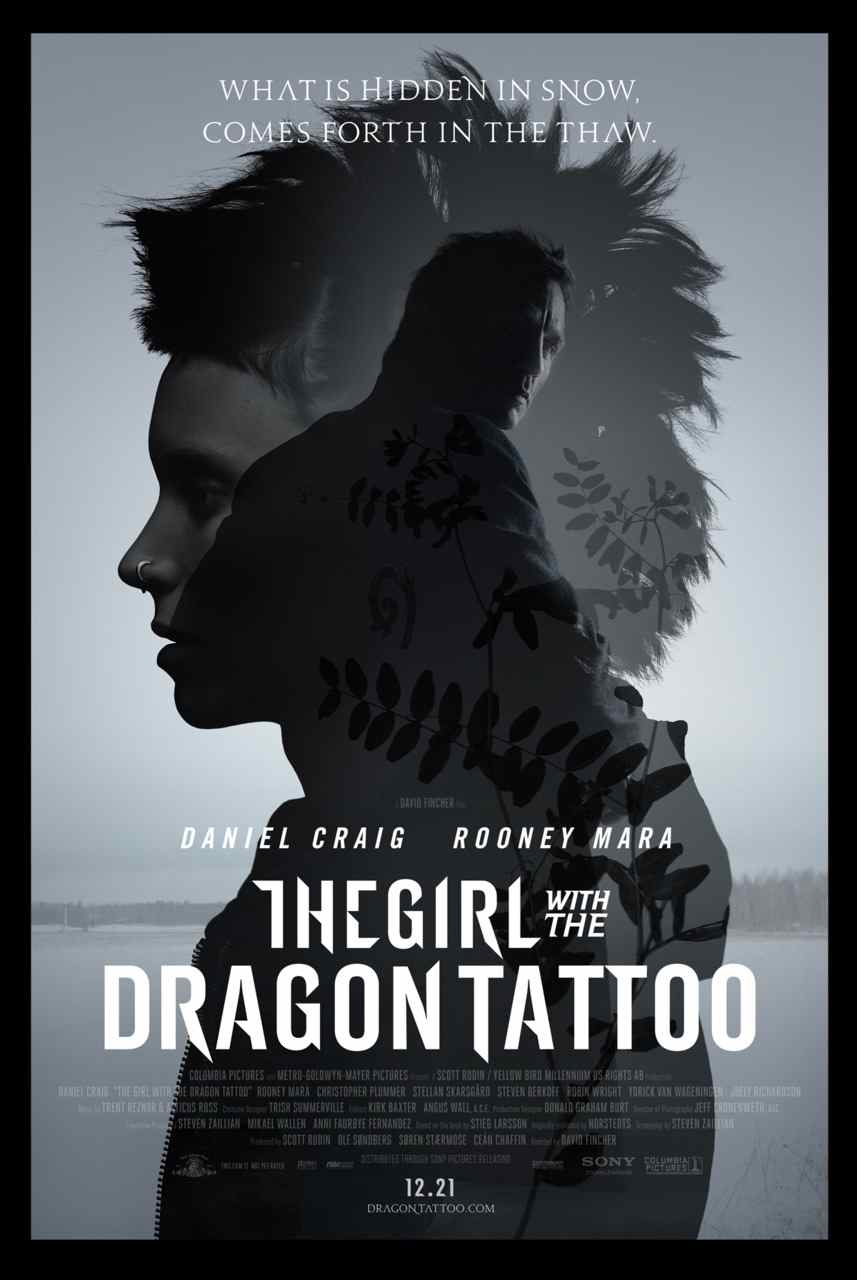 From the best selling trilogy of Stieg Larsson’s Millennium series, famous director David Fincher gave us this amazing thriller based on the novel of the same name last year. The Girl With The Dragon Tattoo is a shocking story that takes place in Stockholm, Sweden where a misfit girl named Lisbeth Salander lives and works as computer hacker and researcher. Lisbeth (Rooney Mara) helps a successful investigator: Mikael Blomkvist (portrayed by Daniel Craig) untangled a crime that was committed during the 60’s. Mikael is also the co-owner of a magazine called Millennium. He has just lost libel case brought against him by a crooked and shady businessman named Hans-Erik Wennerström.

Throughout the movie the viewer gets shocked by the distressful life of Lisbeth, who has been declared “socially incompatible” and gets her money handled by a twisted and sick social worker who takes advantage of her in very low and demining ways; yet, because of the violent nature of the girl, ends up traumatized and punished by Miss Salander. As a parallel story, she works along with the character of Mikael in the investigation of a murder that took place several years ago. A must watch movie if you are into psychological thrillers and intricate stories of murder, passion and revenge. Not like playing a blackjack game for sure and maybe, you should prepare yourself for some very graphical violent images and a descriptive and realistically detailed plot.

Both the Millennium novels (from which The Girl With The Dragon Tattoo has been based on) as well as this movie adaptation have gained a lot of popularity because of the well written story, the characters and the impressive performances of the actors involved.

About the Audience Response

After the box office release, famous film aggregator Rotten Tomatoes reported that 87% of 191 critics who have reviewed the film have reviewed it positively, stating a consensus that claims: “Brutal yet captivating, The Girl with the Dragon Tattoo is the result of David Fincher working at his lurid best with total role commitment from star Rooney Mara (who by the way actually got some of the piercings of the character done for real, including a nipple piercing which she kept after the movie was filmed for future sequels, already scheduled to be worked on). The performance of Rooney Mara credited her a very well deserved nomination for the 2012 Academy Awards.

This English-language adaptation of the Swedish novel by Stieg Larsson, and its very captivating movie characters and story The Girl With The Dragon Tattoo is set out to be released on DVD on March 20th, 2012. However it can be pre-order both in DVD and Blu Ray from Amazon as of now. The Girl With The Dragon Tattoo is definitely on its way to become a classic thriller and one of the most creative suspense movies so far.