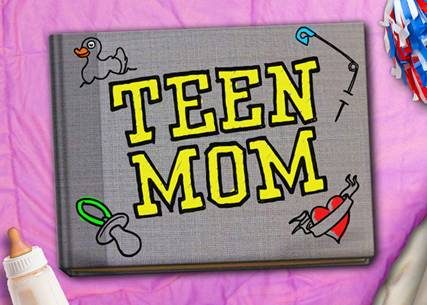 Back in June of 2009, the famous and successful TV channel MTV Network, which once provided viewers with more music videos than TV shows, especially reality TV shows, shocked its audience with a show that broke many boundaries and, although not so many people agreed on the broadcast of the series, it has become a favorite among youngsters: 16 and Pregnant. This show is a creation of Morgan J. Freeman (who originally directed films) and Dia Sokol Savage, along with the very well known Dr. Drew Pinsky (a beloved certified internist, addiction medicine specialist, as well as radio and television personality).

On the show they portray the everyday struggles of a group of teenage girls who get pregnant before finishing high school and how they deal with the situation until the moment their babies are born. The show has been pretty successful, and the featured characters of the first season were so honest and real, MTV decide to do a sequel, which we now know as Teen Mom.

On Teen Mom we are able to see and closely experience the live of Maci, Farrah, Catelynn and Amber, who became mothers while they were still in high school, how they manage to juggle work, parenting, school and living the life of grownups at an age where most people are still having fun and deciding what they will be doing for the rest of their lives. Life is far from being a game for these girls and their families.

These four girls’ lives are completely different from one another and the audience has proven to have mixed opinions about the show: while some people see it as a valuable source to avoid teenagers from getting pregnant themselves and have a good look at what their live could turn into if they are not responsible with their sexuality, others seem to think that the shows gives these girls some sort of fame and glory, that might be misinterpreted by other teenage girls.

We don’t really support either position, but we do give the show the importance it deserves since it gives a real look at a problem teenagers are having worldwide, and although it is definitely not a recent issue, it gives girls that have gone through this a voice, very important in our times where delicate topics such as sexuality are openly discussed. In this case, we say a little reality might come in handy.

So far Teen Mom has had 3 very successful seasons on the air and the fourth season is set out to begin on the spring of 2012, we will put you up to date with the show, share important news about its characters and provide you with an insightful analysis of the episodes as they come. So far the girls have gone from a roller coaster of emotions and difficult situations that have involved moving away from their families, issues with the law, custody battles, adoption and many other life problems that have made them grow up and turn into adults faster than anybody would have wished for them.