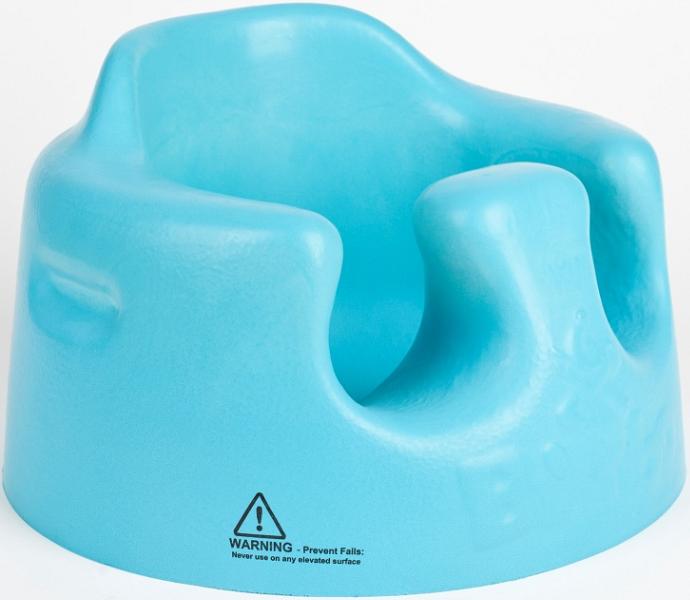 WASHINGTON, D.C. – Due to the serious risk of injury to babies, CPSC and Bumbo International Trust of South Africa (“Bumbo International”) are urging parents and caregivers to never place Bumbo Baby Seats on tables, countertops, chairs or other raised surfaces. Infants aged 3-10 months old have fallen out of the Bumbo seat and suffered skull fractures and other injuries.

CPSC and Bumbo International are aware of at least 45 incidents in which infants fell out of a Bumbo seat while it was being used on an elevated surface which occurred after an October 25, 2007 voluntary recall of the product. The recall required that new warnings be placed on the seat to deter elevated usage of the product. Since the recall, CPSC and Bumbo International have learned that 17 of those infants, ages 3-10 months, suffered skull fractures. These incidents and injuries involved both recalled Bumbo seats and Bumbo seats sold after the recall with the additional on-product warnings.

The Bumbo seat is labeled and marketed to help infants sit in an upright position as soon as they can support their head. The product warnings state that the seat “may not prevent release of your baby in the event of vigorous movement.” Infants as young as 3 months can fall or escape from the seat by arching backward, leaning forward or sideways or rocking.

At the time of the 2007 recall announcement, CPSC was aware of 28 falls from the product, three of which resulted in skull fractures to infants who fell or maneuvered out of the product used on an elevated surface. CPSC and Bumbo International are now aware of at least 46 falls from Bumbo seats used on elevated surfaces that occurred prior to the 2007 recall, resulting in 14 skull fractures, two concussions and one incident of a broken limb.

Approximately 3.85 million Bumbo seats have been sold in the United States since 2003.