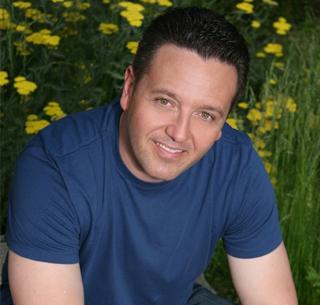 When a person we love passes we all hope they are sitting on a big cloud in the sky watching down over us. We all HAVE to believe that or at least I do. My Dad passed away five and a half years ago, before my son was born. It hurts that he isn't around to know my son but I believe he does know him. But wouldn't it be nice to get confirmation of that somehow?

John Edward is a well known psychic medium. John learned of his abilities at a very early age. It was uncanny the family history and events John knew from before he was even born. His family knew he was special but he has as normal of a childhood as he could have. He met another famed psychic that told John this is what he was to do in life and help him develop his abilities to what they have become. Which is truly amazing.

Now I know there are skeptics out there, my husband is one of them.

He is a science guy so you need to show him the science proof in order for him to believe. I have been an avid John Edward fan since his show Crossing Over hit the TV airways. I thought at first I would just watch to see what it was all about. Then I found myself just staring at him in amazement.  Then I said "There is no way this is real" but then I stopped to think about it. All the people that got reading there is just no way he memorized that information minutes before the taping began. What I LOVED the most about him is how he described what he was seeing (and he is pretty cute to look at). For example, I got this from watching the show, if he talks about a puppy he might see his dog which he could be talking about a dog or maybe the dogs name. Something like that. It's really funny when he talks about things that make him squeamish.

John has not only done television but has written several best selling books, like his latest Infinite Quest.

He also is taking his show on the road. John is touring the country and bringing his amazing talent to you. I about peed my pants when I found out he was coming to my area. While you are not guaranteed you will get a reading at the event, the thought that he might just pick me gets me all sorts of excited.  Maybe if I wear a florescent yellow shirt someone will come through just to tell me to go change!  The tickets are a bit pricey but I honestly think if you can swing it you will get an experience of a lifetime. Me and my sister in law really want to go so we are doing our best to save ip for some tickets. Have I told you how excited I am about this?!?

The John Edward website also have a members only interactive community you can join called The Five. One of the best things about the memberships is that each month FIVE people are chosen to win a phone call reading, have a question answered, win a pair of tickets to the closest even (ME ME ME) or win an appreciation pack. You will also get exclusive access to web events that John hosts.  Right there is reason enough to get me to join! Here is a highlight from one of their webcasts.

I will just leave you with this. No matter what you believe or don't believe about psychic mediums, there is a itty bitty part of you that wants to believe that a loved one might just want to tell you something from the other side. Don't shake your head at me like I crazy, you know it's true.

If you have ever been to one of John's events please tell me your experience. 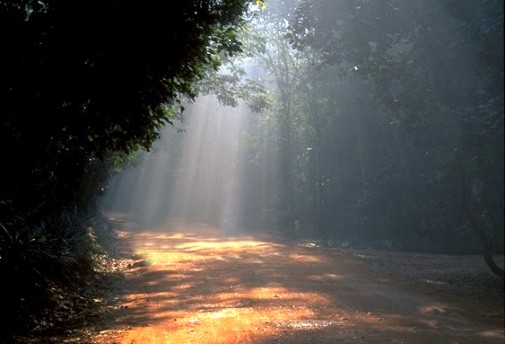 The Holy Spirit gave me this thought and it has affected me in a powerful way.

Every day you make choices as to the road you will take for that day; then each day’s end leads to the next day’s beginning, because the next day starts where the previous one left off.

END_OF_DOCUMENT_TOKEN_TO_BE_REPLACED

Today I need a little inspiration. As many know, I work in a nursing home. While I am not directly in contact with our resisdents, I am the business office manager, I do have social interaction with them weekly.

I learned today that one of our resisdents doesn’t have very much longer with us. I haven’t gotten attached to many resisdents because this is the course they are suppose to take, but dear Connie I have grown to enjoy. I went down to see her today after returning from the hospital and it was a hard pill to swallow. I am really not sure how long she has left but I am glad she was able to reconize I was there and hear that I was thinking of her.

END_OF_DOCUMENT_TOKEN_TO_BE_REPLACED

What are you good at?

There is at least one thing you are good at which others cannot do as best as you do. It may be a very minor thing like reaching your ears with your fingers from behind your back or a major accomplishment like turning back plastics into gasoline. Whatever it is, it is something unique, as unique as your fingerprint. That unique ability you have can be the basis of your calling in life. You are called to be a gymnast or a technology expert. Or you may be called to be a great teacher or an expert programmer.

END_OF_DOCUMENT_TOKEN_TO_BE_REPLACED

A friend asked me the other day, “What do you call it when you start living how you truly feel rather than suppressing how you feel and living as you think others expect you to?” I call it Freedom!

The problem is, most of us were taught to keep quiet and follow the social rules rather than to search our own hearts and souls for the God-given purpose we were born with. With this freedom comes great responsibility for we realize that no one else is responsible for our lives; we are the sole arbiters of our selves. Thus, WE are truly to be held liable for what we think, speak, feel and do. This awareness is what keeps us on track in personal and interpersonal relationships. This awareness is what creates the opportunity for, and the reality of, success (familial, social, personal, physical, emotional and financial).

END_OF_DOCUMENT_TOKEN_TO_BE_REPLACED

Most who follow my blog or know me in person knows that my spiritual path has been, well, a difficult and stubborn one . I have gone through all the questions from Is there a God? to God hates me.  I still don’t know what to believe. I have no idea what my relationship is with God. I have gone from hating Him to worshiping Him. I came across this article and thought I would share it with you.

You and I have special moments with God, even sometimes when everyone has left and we are ready to let go – tears, sweat, and all, God stays to accept the weakest we are in front of Him.

END_OF_DOCUMENT_TOKEN_TO_BE_REPLACED

One thing that I have learned growing up is that it is very important to memorize God’s words. Psalms 119:10-11 says “I see you with all of my heart; do not let me stray from your commands. I have hidden your word in my heart that I might not sin against you.”

What does “I have hidden your word in my heart” really mean?   You can’t place the actual bible in your heart. It is not an organ that you need to live physically. So let’s take a minute and break it down.  What does the word hide or hidden mean?
Hide:
* to conceal from sight; prevent from being seen or discovered: Where did she hide her jewels?
* to obstruct the view of; cover up: The sun was hidden by the clouds
* to conceal from knowledge or exposure; keep secret: to hide one’s feelings.
END_OF_DOCUMENT_TOKEN_TO_BE_REPLACED

Well my cold is about over. Enough at least to get me back to the gym. I am sooooooo mad this week. I gained 3lbs ( you can stop gasping now). 3 is a lot to gain. For that I should be in a food coma. I am so livid. Grant you I didn’t workout nor did I eat the best but I didn’t binge or anything. I had Chineese Monday and I had pizza over the weekend. I also didn’t log my food. So I know what your saying. What did you except your not doing it? I know I am not but 3 I thought maybe 1. Today marks a new WW week for me and I am going to make the best of it. I will get back in the gym tomorrow and at least once if not twice over the weekend. I know people say I have a choice and that I don’t “need” to do anything but I do need to do this. Not only for me but for Cooper. Momma has got to be around the show the ladies the naked photos of him when he was born.
END_OF_DOCUMENT_TOKEN_TO_BE_REPLACED

A Journey with Karla

Click the blue chat button to chat immediately. Visit us at www.bwktravel.com or on Facebook www.facebook.com/bwktravel for more details 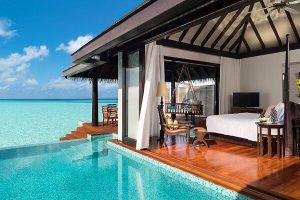 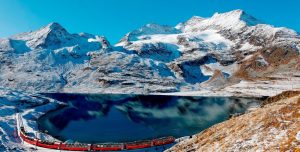